top of page
PUBLISHING: HOME
WHAT WE DO
ROSTER
NEWS
CONTACT
MPH: HOME

Very happy to announce the amazingly talented ‘Connor Adams’ as our newest addition to the Monkey Puzzle House artist roster. Look out for him supporting ‘The Darkness’ in December, and for the release of his stunning new EP early in 2018! We are super excited to be working with Connor; remember the name as he’s a star of the future. Learn more about Connor, or check what he's up to here: http://www.connoradamsmusic.com/

A bit about Connor:

Connor Adams released his debut EP, ‘Locked Doors’, in 2016, and saw it reach no.5 in the singer-songwriter charts on iTunes. Gaining instant attention, Connor was subsequently invited to perform across the UK at live events and venues such as ‘The John Peel Centre’, ‘Camden Worlds End’, ‘London Bridge Festival’, ‘BBC Music Introducing’, ‘Landslide Skate Festival’ and many more.

Connor’s ability to blend heartfelt lyrics with a contemporary popular sound and captivate an audience has earned him the kind praise of many industry professionals, including ‘BBC Music Introducing’ sighting him as “an up and coming star”.

2017 has seen Connor working closely with producer, Rupert Matthews, towards his eagerly anticipated follow up EP. Wearing his heart on his sleeve, with honest and relatable lyrics, Connor has managed to capture six new songs in his own emotive and intimate style, complemented by music crafted with equal emotion and accomplishment.

With a single or two pre-empting the ultimate release of the yet to be titled EP, and the gig calendar already healthily booked, 2018 is set to be a big year for Connor Adams.

“an up and coming star” – BBC Music introducing 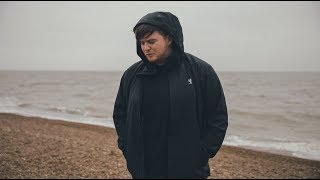